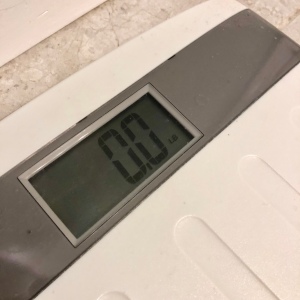 One week down with my effort in a plant based diet!

Results are pretty good to me:

I strayed from the diet only one time the first week.  I had a hamburger (no bun) on Saturday night.  It was from a local grower so I felt good about the beef, but it was not plant based of course.

So one variance in a week is a success in my book.  Especially for the first week.

The first part of the week I felt good most of the time, but found a need for something more in the afternoons.  I ate all I wanted, but my body was saying that I was missing something.  I believe it was sugar.   It is a weird feeling to describe – not so much a hunger pain which I am familiar with, but a feeling of there is something more my body says it is missing.  Gotta fight that sugar monster!

I ate all the fruit, nuts and veggies I wanted, but no starches.  I am going to adjust that this week by adding some starches to my diet – but no sugar.  I also may eat meat a couple of times because of the planned events this week.  We will see….

Today is the 5th day of me on a plant based diet!

When I started I was thinking – how will I find enough to eat? Normally I do not eat a variety of vegetables or even fruits for that matter. So a diet that consists of only plants seemed a little difficult to me.  That was also some of the motivation behind this diet choice – to learn to like a greater variety of vegetables.

To start off – I eat a lot of nuts during the day (easy snack).  But I have also found some new vegetables to try and plenty of fruits to keep me full.  My wife says when I am hungry I get a little cranky, so I want to keep my mind in tune by eating well.  To make both of us happy!

Below are some pictures of some of the foods I have ate this past week.

I bought most of my foods from our local grocery store, but also made a trip to Whole Foods to find some organic options.  I prefer the organic foods for several different reasons.  The next time I go I need to plan a little better with meals in mind instead of just the foods that I know I like to eat.

Here are the latest: 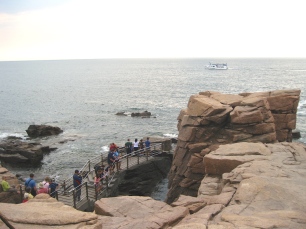 View from the top of Cadilac Mtn

John and Danielle in Bar Harbor 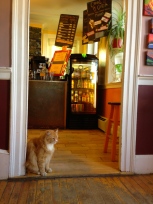 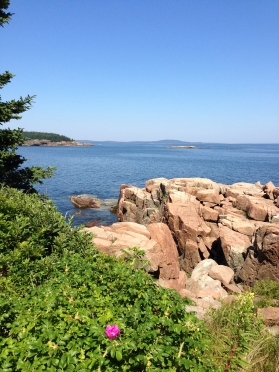